HUG (Hôpitaux Universitaires de Genève) have the vocation of maintaining its quality and safety standards in several areas such as husbanding the services in order to make them more efficient, to use the resources with care and to keep under control the costs of the hospital public service : in other words, management efficiency.

In order to reach these goals, the staff work uniform management has always been of great importance for HUG, both from the hygiene point of view and as far as work conditions and efficiency are concerned.

In the past, some of HUG’s wards were equipped with semi-automatic Autovalet systems. The distribution of the work uniforms occurred automatically, but in other phases the presence of staff was required, which represented a waste of time and resources.

Indeed, many operations were manual, like for example the restocking of the system in items: each time the clean garments came back from the laundry, they had to by hung by hand onto the semi-automatic system or else placed in wardrobes or on shelves provided for the purpose. In other wards, the distribution of work uniforms occurred entirely manually thanks to the presence of staff at certain times during the day.

Besides, the management of staff uniforms was on a customized basis : each member of staff had an allowance of a certain number of garments which he only could use ; this meant that the hospital had to own at least 5-7 kits for each employee.

The need for a modernization of the Hospitals’ staff work uniform distribution gave birth to the idea of using a completely automatic system. 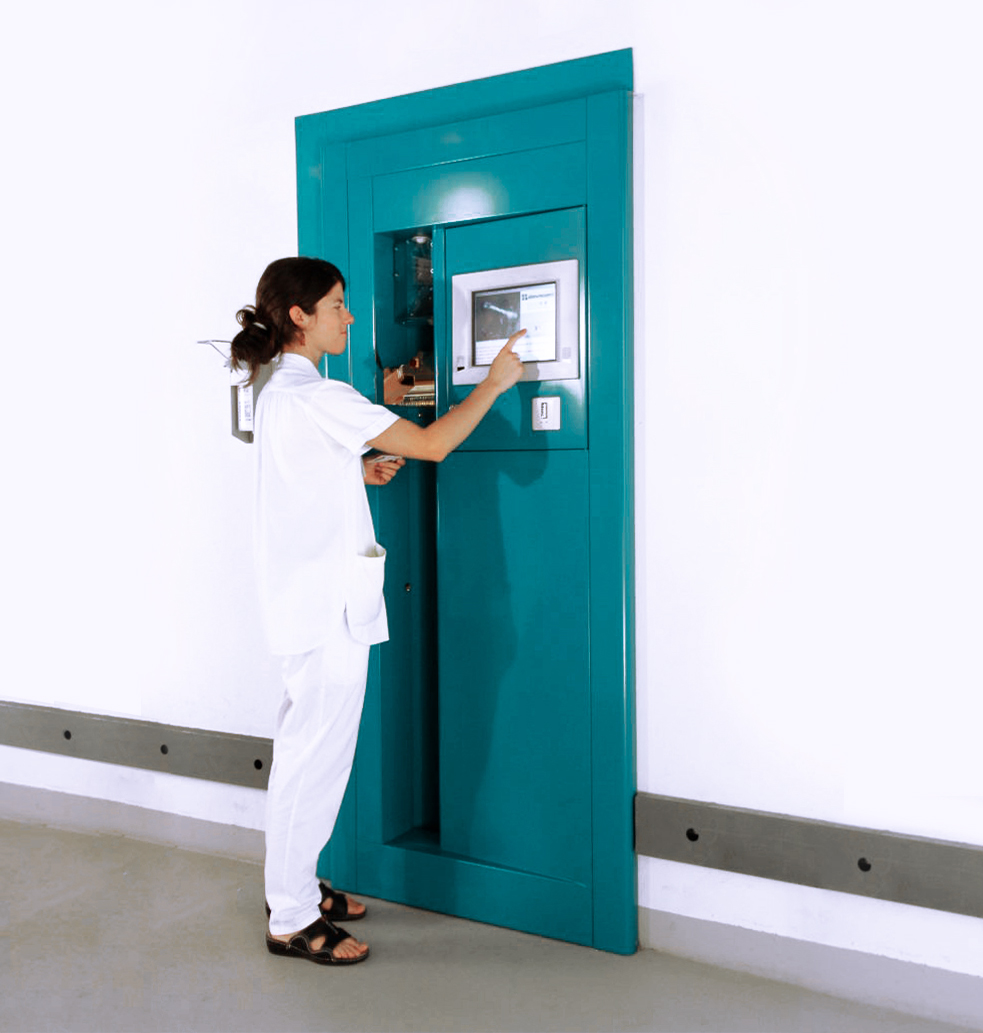 The Metalprogetti system was first spotted by one of the hospital managers in a dry-cleaning shop in Geneva ; interested and intrigued by the system, he decided to find out who its manufacturer was.

The main problems to be solved were the flow of garments which was both too numerous and uncontrollable, the slow distribution times as well as the labour costs connected to the distribution, and the important space requirements for the management, conveying and distribution of these work uniforms.

After a long and careful analysis of the project, Metalprogetti supplied a proposal which was considered as being suitable and feasible considering the number of employees to be handled and the space available. Actually, it meant realizing a prototype of a new system.

From the mechanic point of view, the system was similar to those implemented in dry-cleaning shops, but the automatisms and the software were different. After a certain number of modifications and adaptations which also took into account HUG’s requirements, the system was developed and the prototype became a product in its own right.

Read more Hide
The Project and the Results

From 1996 to date, the first system having proved itself a great success, 7 Metalprogetti systems were installed in different buildings and sites of these Hospitals:

the results obtained by HUG were

Read more Hide
After a long and careful analysis of the project, Metalprogetti supplied a proposal which was considered as being suitable and feasible considering the number of employees to be handled and the space available. Actually, it meant realizing a prototype of a new system.
Adopted solutions 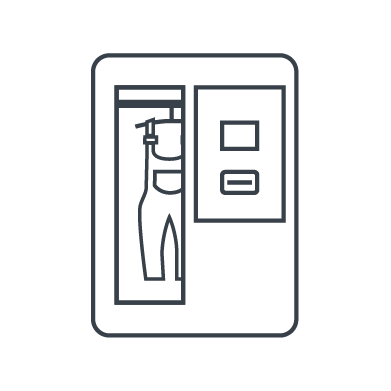 Uniform Management System
Find out more
Parkway Cleaners
Do you need more information?
Complete the form and we will be in touch